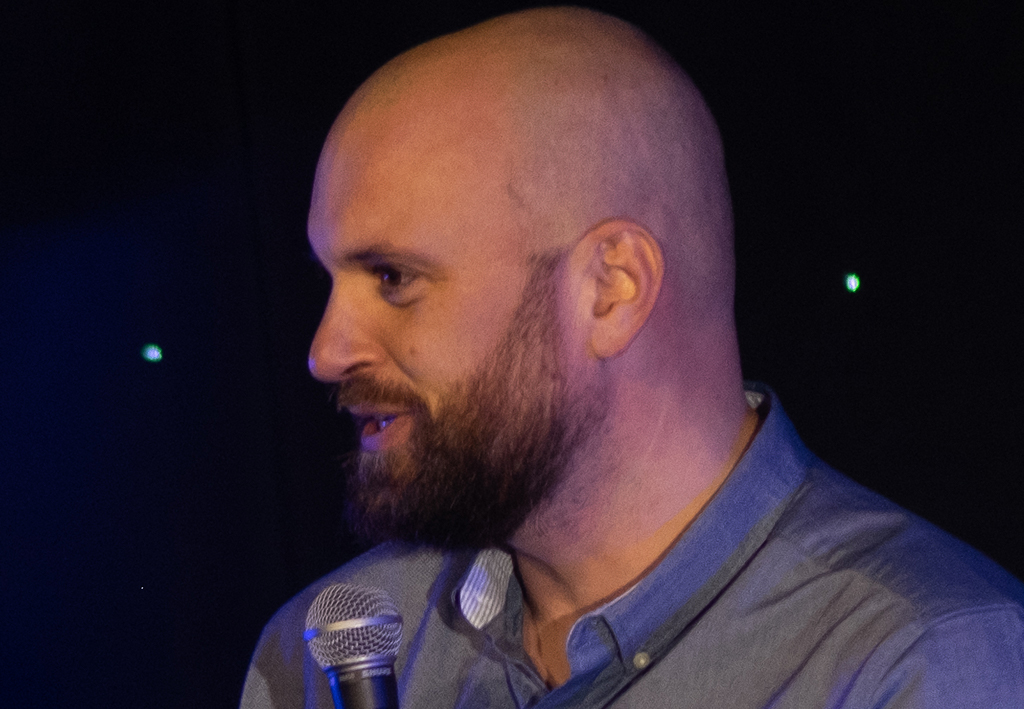 Adam Morrison is one of One Off Comedy’s prized guest comics.

A rising star, he performs alongside some of the biggest names in British comedy such as Omid Djalili, Romesh Ranganathan, Stephen K Amos and Simon Brodkin a.k.a Lee Nelson to name but a few.

He has been described as a cross between Kevin Bridges and Micky Flanagan and is a sought after act.

He can outdrink an entire coach-full of football fans.

His idea of cleaning dropped ice cubes is to boot them under the fridge.

Nearly started an international incident with Iran over a fish.

Got kicked out of a bar for mesmerising the crowd with a two hour dance off, during which nobody bought drinks.

“A Viking has just given me a lesson on fatherhood. Loved every second of it”

“He terrifies me and excites me in equal measure”