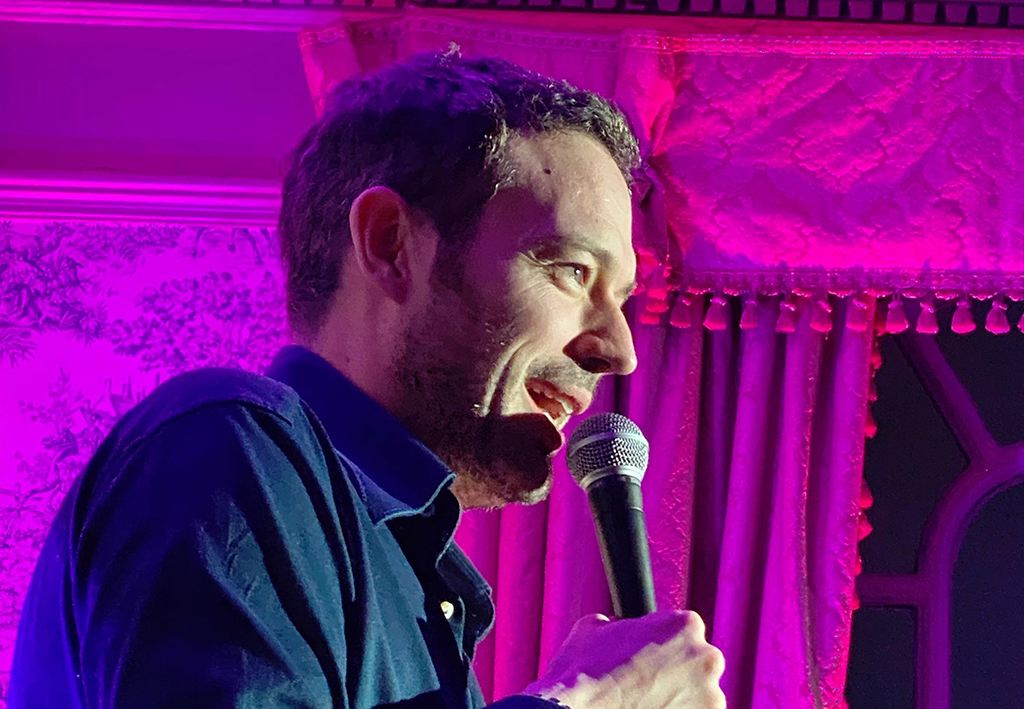 Manchester-born, One Off Comedy’s front showman has performed stand up worldwide.

A 6″7′ giant at the Edinburgh Fringe Festival, he hosted Oktoberfest to 2,500 people and released a bestseller book: ‘Gobsmacked!’

Previous to comedy he failed as a dentist, was kicked out of French Clown School and briefly joined the circus (a normal career path, for sure).

Cheeky as anything, he has the ego of Magic Mike, but lacks the moves or the muscles.

After a trapeze accident broke his left testicle, rendering him damaged goods, he finally pick up the mic.

“He’s like a cross between Bill Burr and Dave Chappelle, but with a Manc accent, love him!”

“My mum wants his babies and I know why”