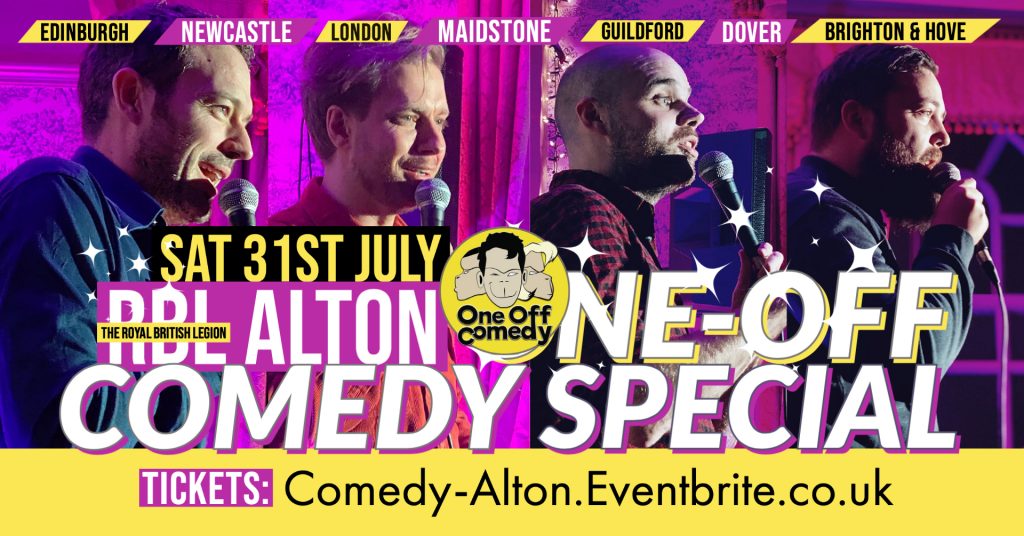 Alton, One Off Comedy are coming back to The Royal British Legion club to give you a hilarious, wild night of fun!

Treat yourself and your lucky companions to a well deserved world-class stand up comedy show!

It’s going to be epic!! Do not miss out!

★Open to the general public★