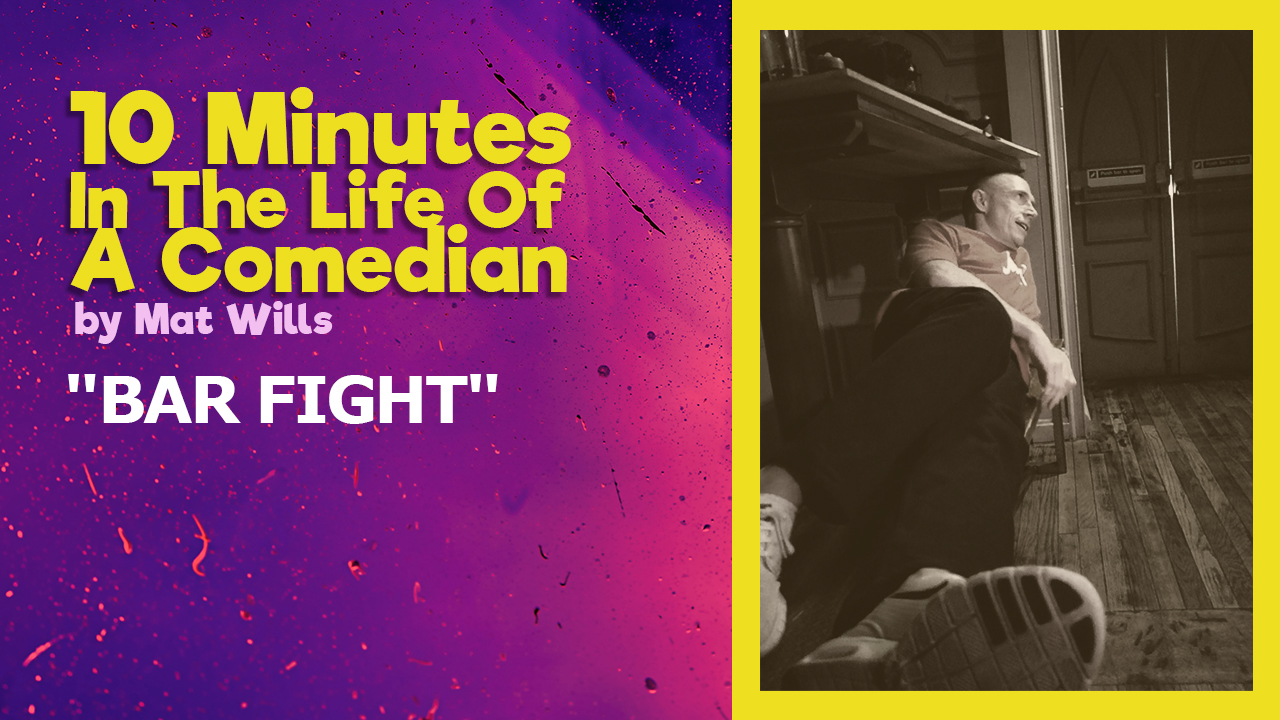 I’M PRETTY MUCH ONE OF THE BEST PEOPLE I KNOW – DIARY OF A WIMPY KID.

Do you recall your first bar fight? The memories of mine were believed lost due to poor lifestyle choices in my 20s & 30s… but when they did re-emerge I thought that my brain must have a big yellow storage box marked ‘Highlights’.

There was a girl. Of course there was a girl. She was a potential girlfriend who worked in the Wimpy and was incredibly cute. My nan’s generation would say I was sweet on her. Sadly, I was young and unconfident and didn’t tell her that for fear of scaring her away.

I’d been for a few drinks and spoke most days.

Not via text on the mobile phone, as we were still waiting for that to be invented. We spoke in person, face to face; that’s how I knew she was cute.

She once mentioned that I was cute, too, but that was because I was dressed in my bellboy uniform. I don’t think she meant cute the same way I did.

She was a tough West London girl; the kind of girl that would punch you in the face if you disrespected her football team. I’d visit her every day and get a free quarter pounder and chips. I had the impression she was sweet on me as well.

We agreed to meet up and go out. I was going on a date as the Americans and Tinder would call it. When I met her, she introduced me to a tall, handsome and incredibly cool bloke. What sort of weird West London thing was going on here? This wouldn’t happen back East. Who brings a bloke to a date? I didn’t like to say anything, as I’m British.

We all had a beer and were laughing. It was fun. Then, the tall good-looking bloke suggested we go to his local in a place named Shepherds Bush.

I had heard of that from the TV show Only Fools and Horses. Never one to turn down a chance to see how the other half lives, and thinking I may have a chance to meet Del Boy, I jumped at the opportunity. Plus the lady was going and I stupidly thought ‘matey’ would not stick around much longer, although I did like him because he was so cool.

It was a standard English pub, smelly, smoky and perfect. When we entered it was as if the boozers pause button was pressed as the patrons and ourselves assessed each other’s threat level. We were clearly low risk so everyone continued their conversations. I thought they all looked as dodgy as dodgem drivers. I performed a very nervous cartoonish ‘Gulp!’.

There was a pool table and the players were the epitome of menace. West London was proving scarier than East London, how could that be? I thought they were all rich here and I lived in the rubbish bit? Turns out we all live in the rubbish bit, it’s London.

We started to drink. As the beer flowed my fellow patrons became rowdier and rowdier. Well, it was a Wednesday night. I was liking Shepherds Bush.

There was a little ‘argey bargey’ around the pool table but everyone seemed to know everyone else, so it was more like what we call today ‘banter’. Back then, I thought it was terrifying. ‘Mr Bloody Cool’ was just being cool, and my lady friend was clearly sweet on him, not me.

This hurt a bit, but I can turn a bad situation good by continuing to drink.

The locals then started to take the mickey out of the landlord; he asked them to calm down. One of them thought it would be hilarious to throw his beer at him. The entire pub once again hit the pause button and everyone froze. The silence was not deafening, that’s not silence’s role. It was scary, though. That’s silence’s proper job.

And then it kicked off. Someone shouted “BEER FIGHT!” and everyone started throwing their lager at each other like an England goal celebration, but at different angles. I sat there, my jaw hanging down looking like an idiot, almost as if I was trying to fit in with the locals.

Then it stopped as quickly as it started. The ammunition had been depleted. The landlord, who was laughing, said he would not be serving no more beer if they couldn’t respect it. The pubs patrons looked at him and again the pause button was pressed.

The mental cogs were turning. What else could they throw at each other? The pause button was released when the cry of “BEER GLASS FIGHT!” went out. It was pandemonium! I heard a shriek and was not surprised to find it was coming from me.

Glass was smashing and over that sound I could hear a weird maniacal laugh. He was a weird landlord that one. The pool table folk were playing a game of cricket using cues as bats and shot glasses as balls. I was positioned in no-man’s land, between bowler and batsman. Someone grabbed the chalk from the dartboard, stamped on it with his big heavy boot and sniffed it up in one manly toot.

‘Mr Bloody Cool’ was sitting there looking, well, cool I guess, and any chance I had of impressing the girl from the Wimpy was lost. I left as the punches started to be thrown. I recall that the landlord drew first blood. If I had a tail it would have been between my legs.

I didn’t get the girl and I’d walked away from the fight. This would never be turned into a Hollywood movie even though it was set in the Wild West.

I’m unsure about what happened to the cute girl from the Wimpy but I knew that I would not return to Shepherds Bush ever again. I couldn’t even watch Only Fools and Horses and it took years for me to enjoy a quarter pounder.

But life has a way to become comedy… Years later, I ended up living and working in Shepherds Bush.

I loved it, though I would shudder every time I would pass near that pub. I was – and still am – a wimpy kid.

But I never disrespected a beer.
Animals…

Cheers to the pubs and their landlords/landladies.