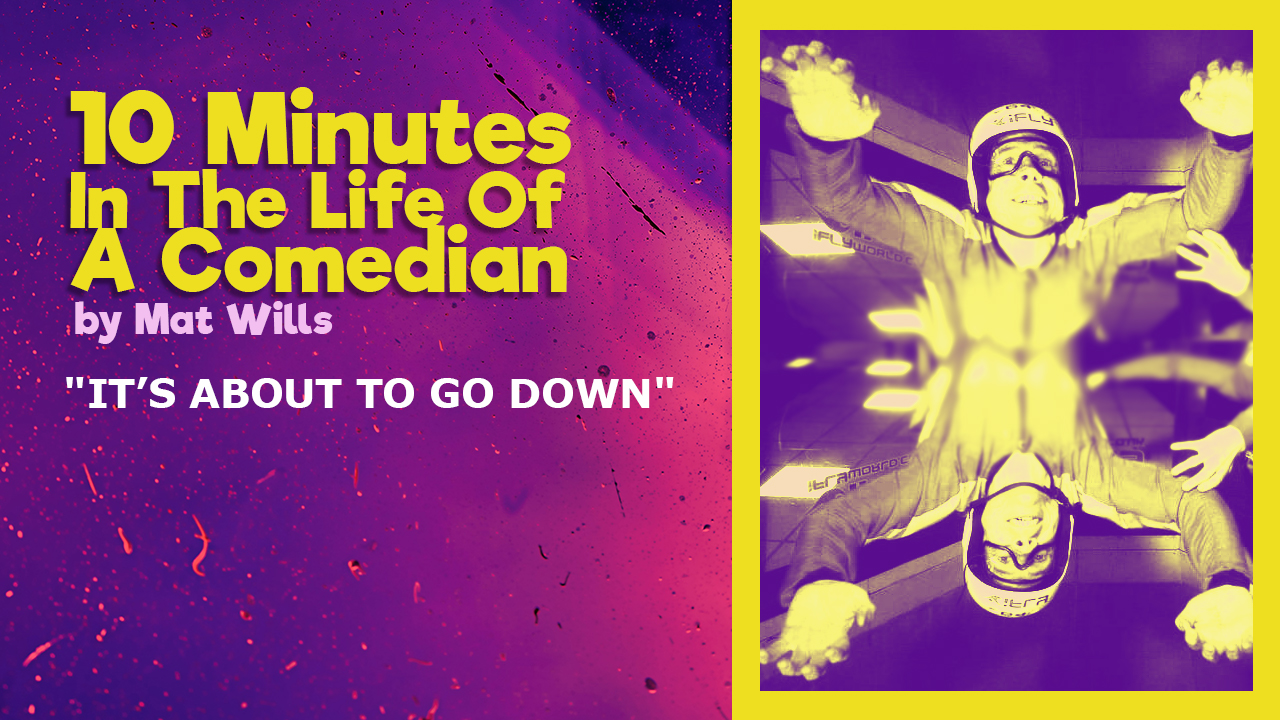 I BURP, I FART. I’M A REAL WOMAN – KATE WINSLET

Once on a plane, during a skydiving lesson, a young lady taught me that to skydive well you must be relaxed. And then suggested that whilst in free-fall I should try and fart.

The air pressure fluctuates, which helps flatulence, so it’s always possible. If you can concentrate on letting one go, it means your mind is in a good calm place, which is important while plummeting to Earth.

That day there were 4 experienced skydivers in the plane, plus me and my instructor, Billy. As we climbed to our 12,000-foot jumping altitude, I must have looked nervous because someone pointed to my chest and said “what’s that?” I looked down and her finger came up and flicked my nose. Everybody laughed and someone let out quite a loud fart.

This increased our giggles and then everyone blew off together. We must have all been very, very relaxed. I then did what everyone does after the bottom breaths. I discreetly sniffed. I was surprised to smell petrol. Should I be worried?

Maybe I had hypoxia oxygen starvation and was hallucinating. I had another sniff. It wasn’t petrol; it was aviation fuel, which smells more exciting.

When you walk off a plane onto the tarmac that’s what you can smell. It’s richer yet cheaper. I turned to Billy and explained I must have drunk too much the night before as I was emitting aviation fuel from my behind.

He laughed and eventually sniffed.
Curiosity gets to everyone.

Billy then looked worried and informed the pilot, who also had a sniff. Our pilot was the epitome of calm. He took a moment, then announced that we were going down and all of those who needed to leave the plane should do so, which our skydiving buddies promptly did.

Billy and myself were to be the last out, but, as our turn to jump came, I was instructed to sit down since we would not be leaving. He explained that as I was only a student skydiver and therefore we were not at a legal altitude for me to jump.

I looked around for the sky-police but there were only three of us left on the potential fireball.

The pilot switched off the engines and that was it. I was told to rest my head between my legs and kiss my arse goodbye.

He clearly wasn’t the cool guy I thought, he was a nut job. We were unnecessarily going down with the plane.

I wasn’t scared, who had time for that stupid emotion. I was angry. Billy was smiling. The pilot was laughing. They were both nut jobs.

Our sky-coffin was no longer flying, it was falling, all be it a little gracefully thanks to the skills of the soon-to-be-deceased pilot. They were both very calm so I decided that if I can’t beat them, which I really wanted to do, then I’d have to join them.

I didn’t pray, I didn’t cry, I did nothing. I accepted my fate. Those minutes before I became burnt toast were some of the longest of my life.

It was so quiet.

The pilot broke the silence when he shouted to brace for impact. Billy put his hand on my head and pushed it down between my knees. I could still smell the fuel and my fart. I let out another but I don’t think it was one of the relaxed ones.

Then we touched down. It was so gentle… the plane just rolled to a stop. I then heard Billy shout “RUN MATTY!”

I bundled myself out the plane with the other two and we ran so fast we would have overtaken Usain Bolt.

I’d like to say the plane exploded in a fireball just for the excitement but it didn’t. Nothing happened. It was a huge anti-climax.

The plane was fixed – we jumped from it that afternoon.

Later I realised that I was the student who was not allowed to jump, yet Billy could have left with the more experienced skydivers and decided to stay with me.

I asked him why he did this and was told that you’ve got to die sometime and he didn’t want me to be alone.

I Loved that guy.

He is so cool. He’s still a nut job, but a selfless, kind, adorable nut job.

I now fart on every plane I’m on just to remind myself to relax and to check for fuel leaks.

Well, that’s my excuse.
What’s yours?