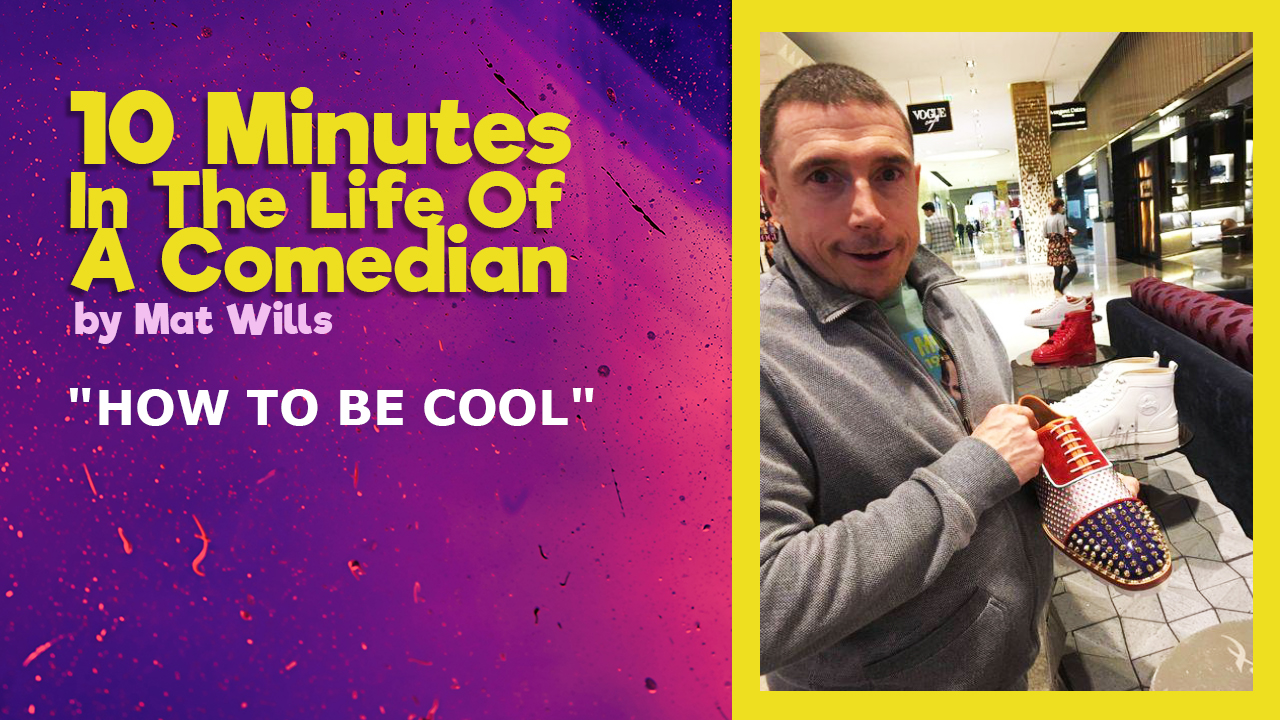 MARGE SIMPSON: WELL, HOW THE HELL DO YOU BE COOL? I FEEL LIKE WE’VE TRIED EVERYTHING HERE.
HOMER: WAIT, MARGE. MAYBE IF YOU’RE TRULY COOL, YOU DON’T NEED TO BE TOLD YOU’RE COOL.
BART: WELL, SURE YOU DO.
LISA: HOW ELSE WOULD YOU KNOW?

I first realised I wasn’t cool when I donned a Scooby Doo t-shirt on my secondary school’s ‘Jeans and Jumper’ day. Ironically, if I went out in it in Shoreditch, along with my glassless spectacle frames and beard, then I’d be both hip and cool but, back then, I was the little kid wearing a child’s t-shirt, which seemed appropriate as I was actually a child.

I was, and am, short. Short is only cool if you’re a flight.
So how was I going to achieve my cool?

Let me tell you.

I wanted a piece of that action and, as I bid my new friend goodbye, I told him he was inspirational and that I’d see him later. I marched immediately to the nearest barber.

The barber’s chair was just a chair, a standard ordinary chair. I knew I was in India because the chair had no shop surrounding it. There were no luxuries like a receptionist to be rude to you, no magazines to make you feel bad about your lifestyle choices and no mirror in front of you, so you can silently judge the person holding the scissors and changing your look before your eyes.

Indian barbers are very different to their UK counterparts. They are resourceful and have a ‘let’s just get the job done’ attitude. There is no chitchat and there is no questioning the desires of their clientele. Whatever the gentleman asks for he gets.

He sat me down and asked what I wanted.

“Shave it all off please, sir.”

No ifs, no buts. Clippers. Grade zero. When he was done he lathered up my head and put his blade to my scalp. As he scraped every single follicle from it, I entered a dream state where I was Kojak and everyone respected me because I had made the brave decision to be bald.

It took about 12 minutes and we were done, so I walked out of there. I say ‘out’, but technically I was already outside, so I just strolled away from the roadside chair and sign. I couldn’t see my haircut but I could feel it and it felt like liberation.

No more visits to hairdressers, since I was going to stay bald, and, during conversations with very interesting people I would pull out a razor and shave my head. I’d finally found my cool thanks to my new inspirational friend.

I didn’t walk down the street I strutted.

In my mind I looked like Bruce Willis or The Rock or Vin Diesel, just shorter and with less muscles and a not so great smile. I also thought I looked like my new cool friend.

The more observant of you who know me, or have at least seen one of my pictures, will know that, unlike my friend at the travel agency, I was not and nor have I ever been black. It’s only my freckles that stop me being see-through to how white I am.

Although I’d been in India for some months, and had a bit of colour on my face, the fact remained that I was a red-haired freckled kid. Back then red-haired people were not respected like they are today. I was pioneering at the time, essentially like current day Ed Sheeran.

Then, I finally got to a mirror. The person staring back at me was far from cool. My skull was scarred on both sides and had some pretty deep ridges. I later found out that these were from a doctor’s tongs when I became “stuck”, apparently unwilling to leave my mum. I’d also never noticed the bumps before. Probably because, until five minutes previously, I’d been blessed with hair as thick as a Love Island contestant.

Later that day, I was in the ocean trying to have a relaxing swim. My travel agency buddy swam up to me and said “Hey, I noticed you from the other side of the beach, cool head, man!”

Homer Simpson was right. If you are really cool you don’t need to be told but, unfortunately for me, I just had.