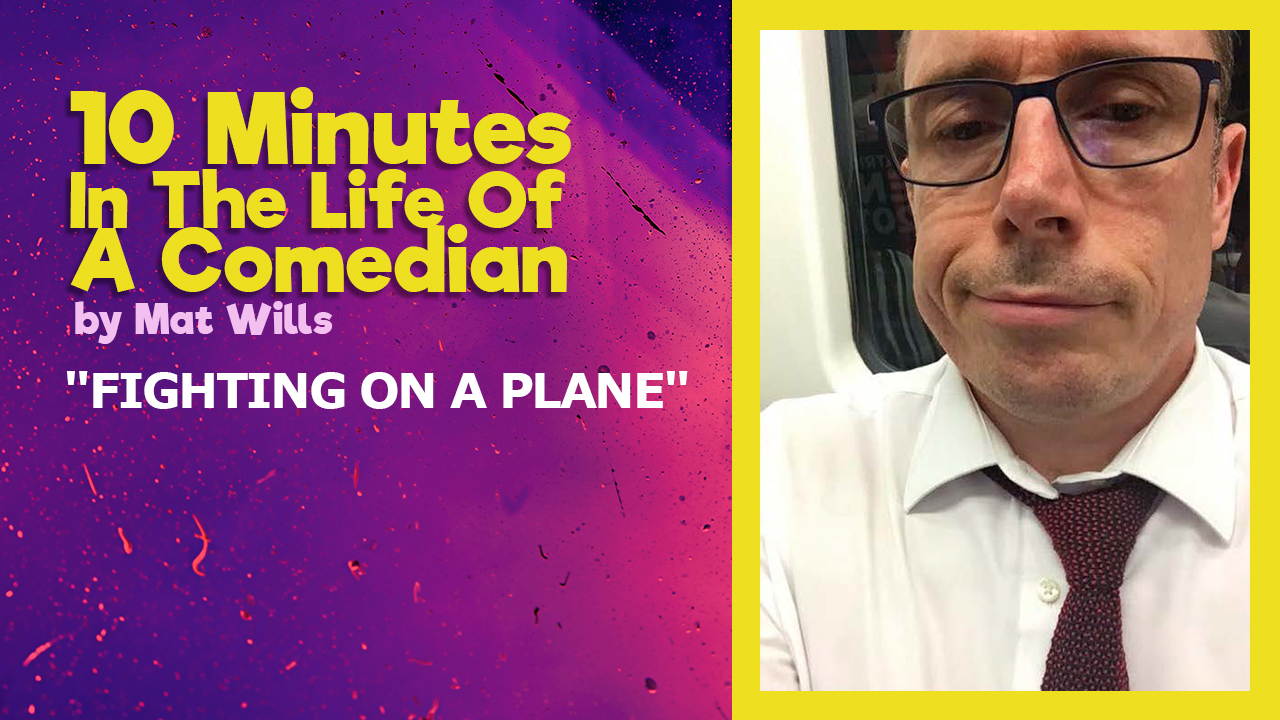 I ACTUALLY OWE IT TO SOCIETY TO DO SOMETHING ABOUT THIS! I CAN‘T SIT BY AND ALLOW THIS TO GO ON. IT‘S A MORAL ISSUE IS WHAT IT IS! – JERRY SEINFELD – SEINFELD

Have you ever been late for a flight? Or worse, a connecting flight? It happened to my partner and I in Dubai, 2017.

We rushed through the airport, Home Alone style, as the crew explained that our baggage was already loaded on the waiting plane and we must hurry. Hurry we did. We arrived flustered, and sweaty, with a few minutes to spare. I expected a cheer from our fellow passengers but I was wrong and instead we received angry ‘you are making us delayed’ stares.

The part that still melts my brain to this day is how my luggage beat me onto the connecting flight while I was still on the plane.

Now, I don’t mind where I sit on a plane, as I consider it a small moment in my life. I’ve got a book and a movie channel in the seat in front of me and know I can get lost in either of those things and the time will fly. No pun intended.

My partner, however, does mind. She minds very much and has specific rules for flying:

Rule 1. We must arrive at the airport several hours before departure.

Rule 2. We must sit next to each other.

I do not and cannot understand rule 2. We live together. We sleep in the same bed. We share a sofa, cats and a mortgage. Why is sitting on a plane journey that important?

She’s quite adamant about the seating and because it’s important to her I make it happen with only minimal fuss and sarcasm. Maybe I am a nice guy after all and that comment on YouTube was wrong.

Our seats were occupied by another, fractionally older, couple. As we approached I smiled a smile that not only conveyed my apologies about being late, it also said ‘you’re in my seat, please move as it’s important to my other half and I don’t want any agro or fuss’. The couple had not read my smiled message so I had to verbalise it.

Why I started with an apology is beyond me but, as I did, part of me died.

“Sorry, but you are in our seats.”

The man smiled at me but his wife harrumphed. He relocated, without fuss, and the woman let us squeeze past her. She had the aisle seat and my partner the window seat, which left me as the rose between those two thorns. The scene was set for a cracking 7-hour flight.

Twenty minutes after takeoff, I needed a wee and had to get the aisle lady to move. She harrumphed again. As I returned it was my Mrs turn so we repeated the process again. I noticed this little vein in aisle lady’s temple and it was getting bigger and throbbing. I then made a fatal mistake, since I drank a cup of coffee. Nothing makes me wee more than coffee and by my fourth bathroom break the vein was on the verge of exploding.

On attempting a return to my seat, the lady became angry and told me it was unacceptable. She was raging and I did the only thing I could: I laughed, as it struck me funny that she was getting this irate about getting up from her seat. Her husband, who was sitting across the aisle, buried his head in his book. He’d obviously seen this before and didn’t want to be involved. I marked him out as quite a clever guy.

We had a brief exchange about my unacceptable weeing and my small bladder. At one point I became George Costanza and uttered the phrase “you do know we live in a society”. All the while I was still standing and attempting to return to my seat and she was sitting down looking up at me and being dismissive and rude.

I said this to a person on a plane. A person I had disturbed four times and had five hours left to sit next to, probably rather uncomfortably. She was gobsmacked and said “You can’t say that to me”. Well, it’s too late, love, I already have, now heed my words and move so I can sit.

She said she was going to lodge a complaint.

I was confident the sky police weren’t coming for me and, anyway, if you don’t want to be disturbed by other people on a plane charter a private jet.

She then got up and stormed off, which is hard to do on a plane, but to her credit she nailed it. Other passengers glared at me as they couldn’t believe I had cursed at this old(er) lady. Telling them that she’d started it would only have made me look more childish. I took my seat.

She returned looking somewhat triumphant and I was informed that the stewardesses knew about me. What were they going to do? Throw me off?

By now my Mrs was questioning her sitting next to your partner rule. She clearly thought I was in the wrong. I obviously wasn’t, but everyone has a right to an opinion.

The little entertainment system in front of me suddenly stopped working. I pressed the flight attendant button but they said “sorry” and there was nothing they could do. The aisle lady had nobbled my entertainment. Touché!

I drifted off and was woken with a start as the stewardess had ‘mistakenly’ dropped a cup of tea over aisle lady and the hot water splashed onto my leg. Looks like they’d also had enough of her rudeness.

In the moments I had been asleep I had forgotten what a horrible, nasty, impatient woman she was and the fact that I was a rude, slightly arrogant and intolerant man with a tiny bladder. I started to wipe boiling tea off her lap. Initially she looked distraught whilst her husband was clearly chuckling to himself.

As I helped get her cleaned up, I looked her in the eye and apologised for my language and behaviour. She then also apologised and we made up. We were normal people again.

She was really kind as she told me that I could have as many wees as I liked but the cabin crew never reactivated my entertainment unit.

The fabric of airline society is very complex.

Fast-forward to 2021 and looks like only affluent people are going to be able to afford to fly. I wonder who’s going to help clean up all that much more ‘mistakenly’ dropped boiling tea…