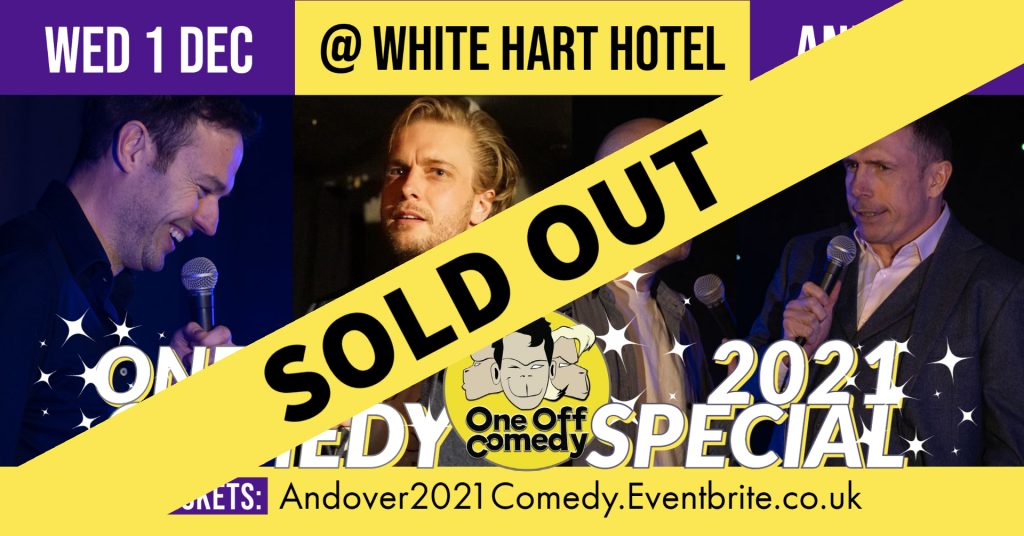 Get ready for a hilarious & wild night at White Hart Hotel!

One Off Comedy will be performing at Andover’s historic hostelry White Hart Hotel on a one-off you can’t miss out on!

Join our comics to wave goodbye to 2021 with a hearty, belly-aching laugh!