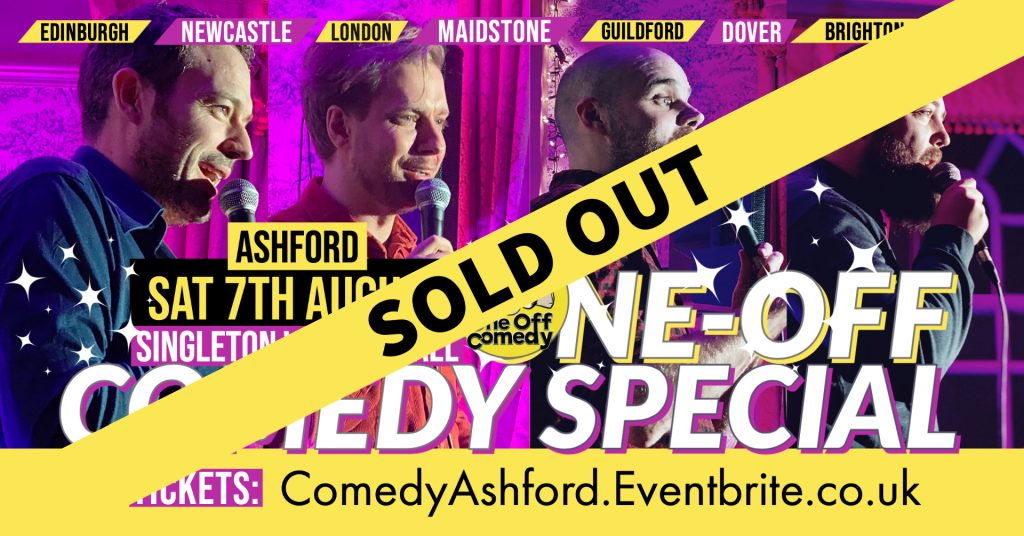 Ashford, One Off Comedy is back to bring you the fun you all deserve!

Get ready for a hilarious & wild night  at Singleton Village Hall!