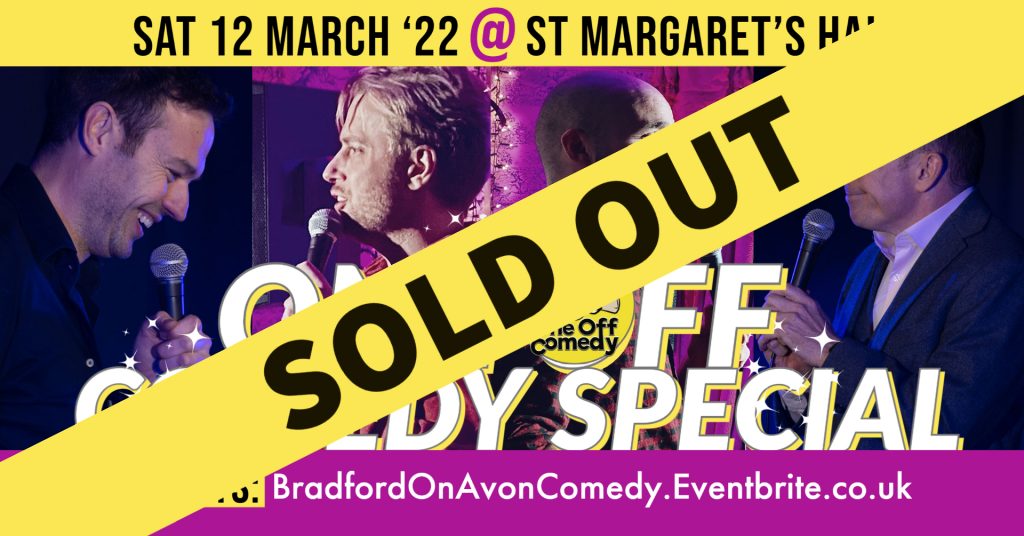 Bradford On Avon, by popular demand, our comics will be at St Margaret’s Hall once again with a fresh comedy special to remember!!

So the only question is… who will you treat?

Remember that every show has sold out in advance, so get your tickets early to not miss out!