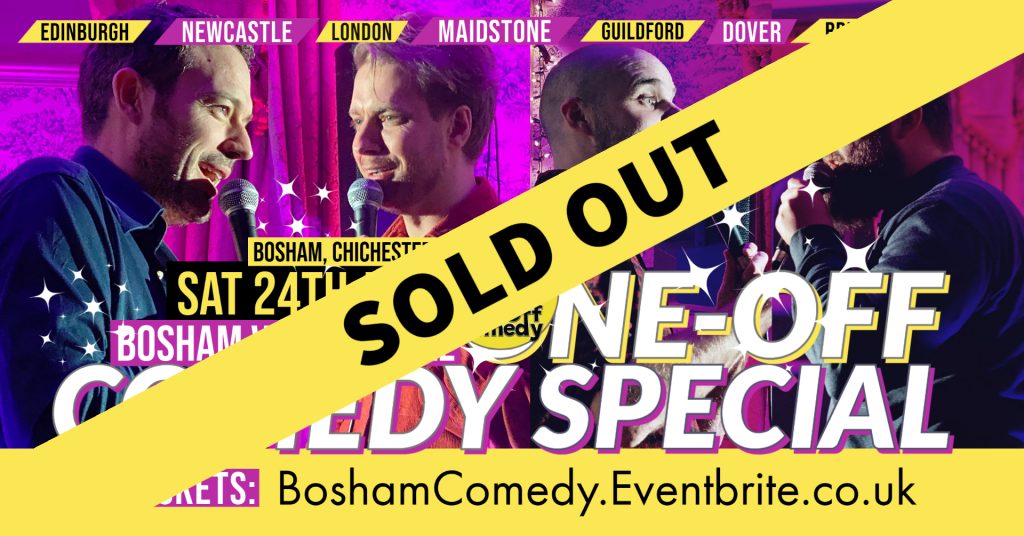 Chichester, the One Off Comedy team is bringing you the world-class comedy fun you all deserve! It’s going to be epic!!

Get ready for a hilarious & wild night at Bosham Village Hall!