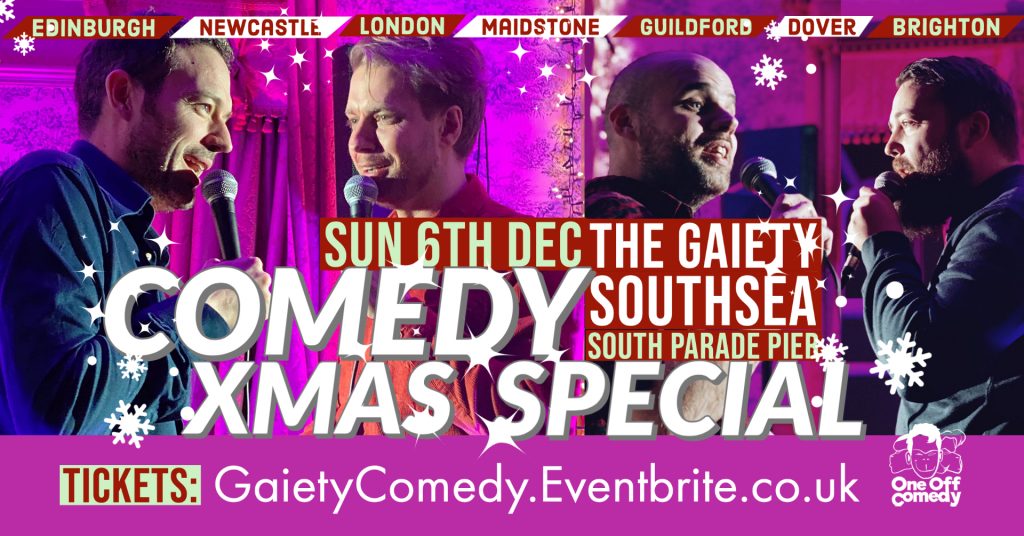 Treat yourself and your lucky –up to 5- companions to a world-class comedy show in the coolest venue in town.

What people are saying…

“Hilarious… I haven’t laughed that much in ages” (Claire, Cardiff)

To keep everyone safe, numbers for this one-off will be limited, so get your ticket early to not miss out. Also, if Boris decides to shut the country again, don’t worry, we’ll give you a full refund.