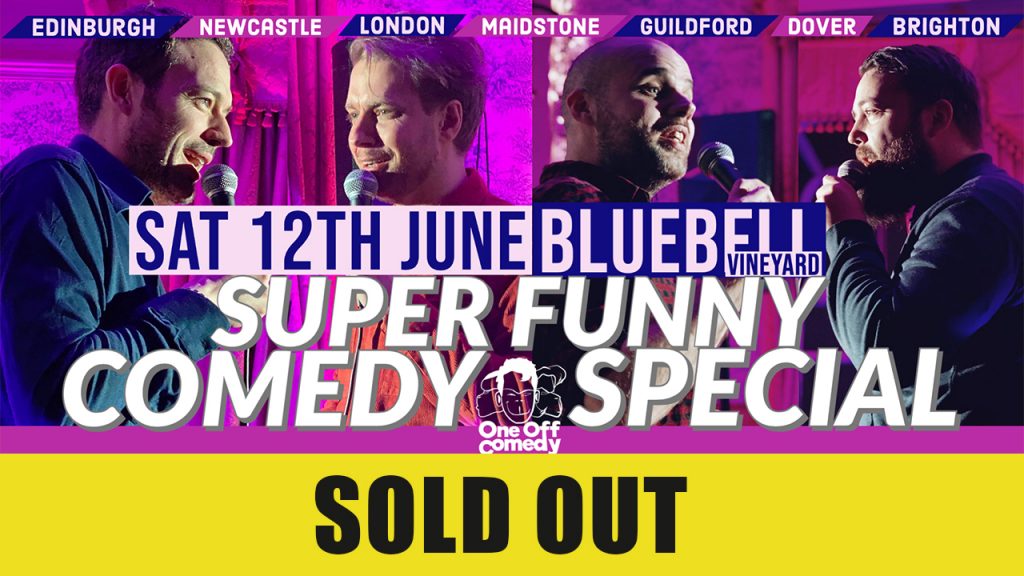 The best of British stand up comedy is coming to Furner’s Green, Uckfield!

As a guaranteed sell-out, our pro-comics are returning to Bluebell Vineyard to give you a hilarious & wild night of fun!

Because there’s nothing better than having a laugh and some exquisite wine in the beautiful and spacious countryside.
Be ready to have fun!!

To keep everyone safe, numbers for this one-off will be limited, so get your tickets early before they sell out. Also if Boris decides to shut the country again and the event is cancelled, don’t worry, we’ll give you a full refund.