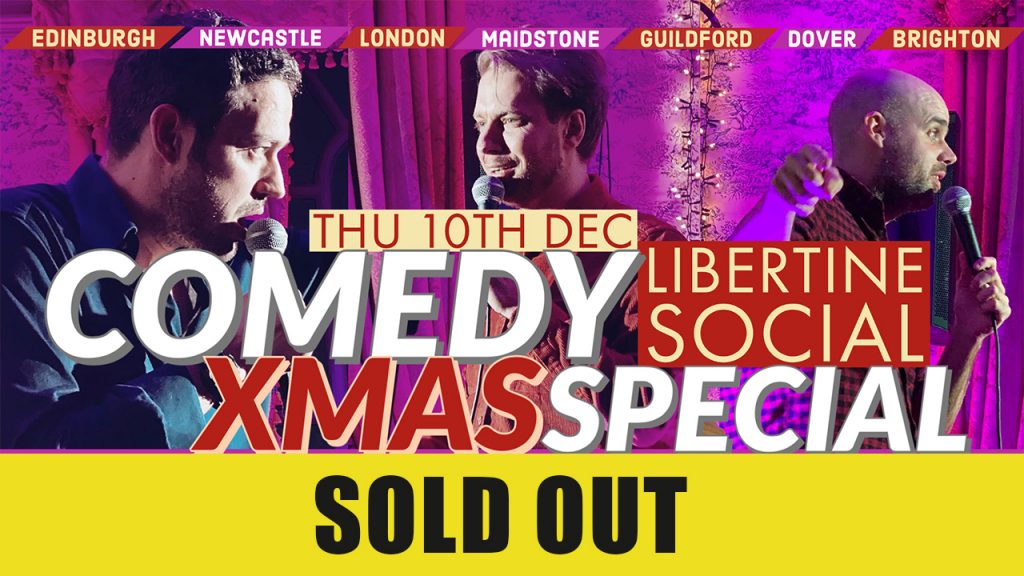 Remember last time’s crazy fun comedy night! Well – this Xmas it’s going to be even wilder! The best of British stand up comedy are returning to The Libertine in Worthing to give you a hilarious & wild night of fun!

Have those Christmas laughing bellies ready!

To keep everyone safe, numbers for this one-off will be limited, so get your tickets early to not miss out. Also if Boris decides to shut the country again, don’t worry, we’ll give you a full refund.