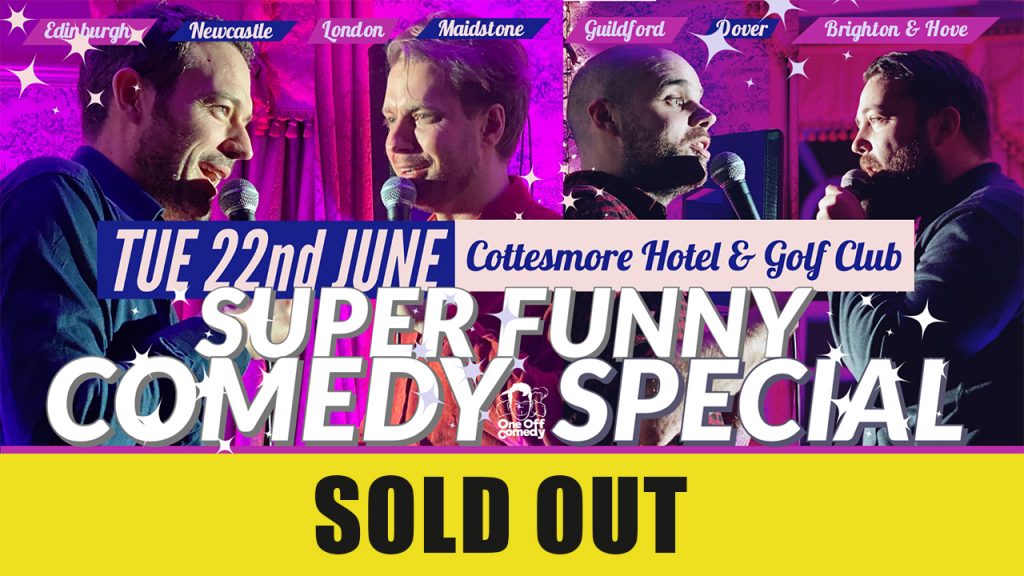 As part of a sell-out UK tour, One Off Comedy are coming to Crawley to give you a hilarious and intimate, wild night of fun!

Treat yourself and your lucky companions to a world-class stand up comedy show at the beautiful Cottersmore!

Numbers for this event are limited.