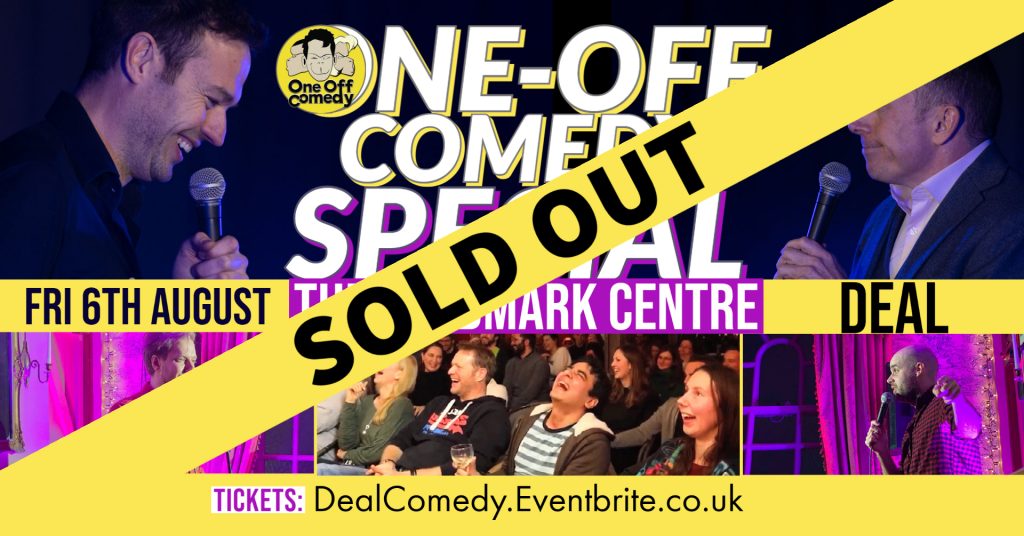 One Off Comedy Special at The Landmark Centre – Deal!

As part of a sell-out UK tour, One Off Comedy are coming to Deal to give you a hilarious, intimate, wild night of fun!

Treat yourself and your lucky companions to a world-class stand up comedy show at the great Landmark Centre!

Time to have real fun, Deal!

What people are saying: “Hilarious….I haven’t laughed that much in ages” (Claire, Cardiff)”Wow!… way better than TV” (Stuart, Copenhagen)

*Up to 6 people max. Per group