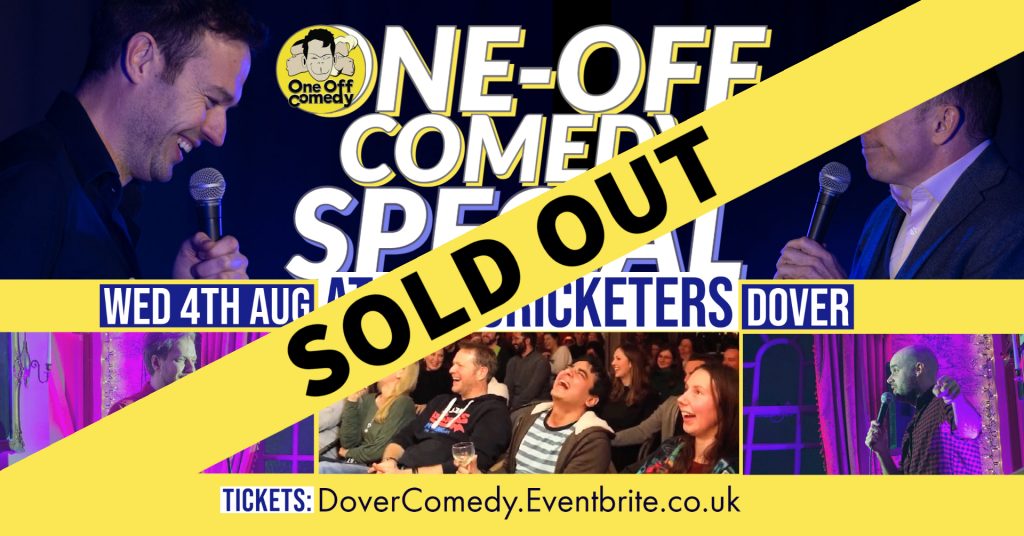 ONE OFF COMEDY SPECIAL @ THE CRICKETERS – DOVER!!

Treat yourself to a world-class stand-up comedy show at a legendary venue!

As part of a sell-out UK tour, our comics are hitting The Cricketers in River, Dover and ooooh do they have a show for you!!

Be ready for fun, Dover!!

To keep everyone safe, numbers for this one-off will be limited, so get your tickets early before they sell out. Also if Boris decides to shut the country again and the event is cancelled and can’t be postponed, don’t worry, we’ll give you a full refund.