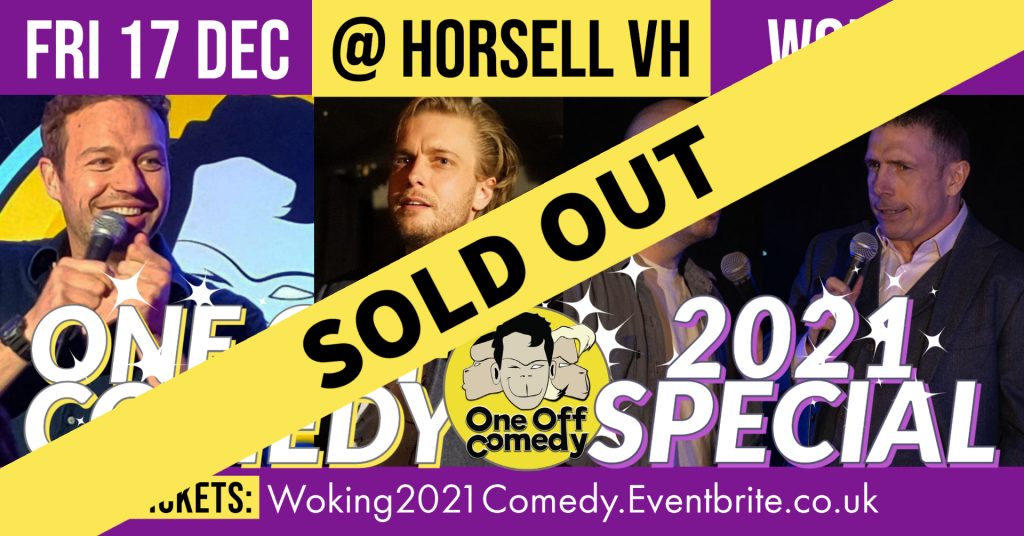 One Off Comedy 2021 Special at Horsell Village Hall!!

As part of a sell-out UK tour, our award-winning comics are hitting Horsell in Woking for their end of the year Special and ooooh will this be a show to remember!!

Add the tasty award-winning craft beer of Brewed Boy, wines and Proseccos and that’s a delicious and hilarious night of fun you can’t miss out on!

*Every show has sold out weeks in advance so get your tickets early to not miss out.