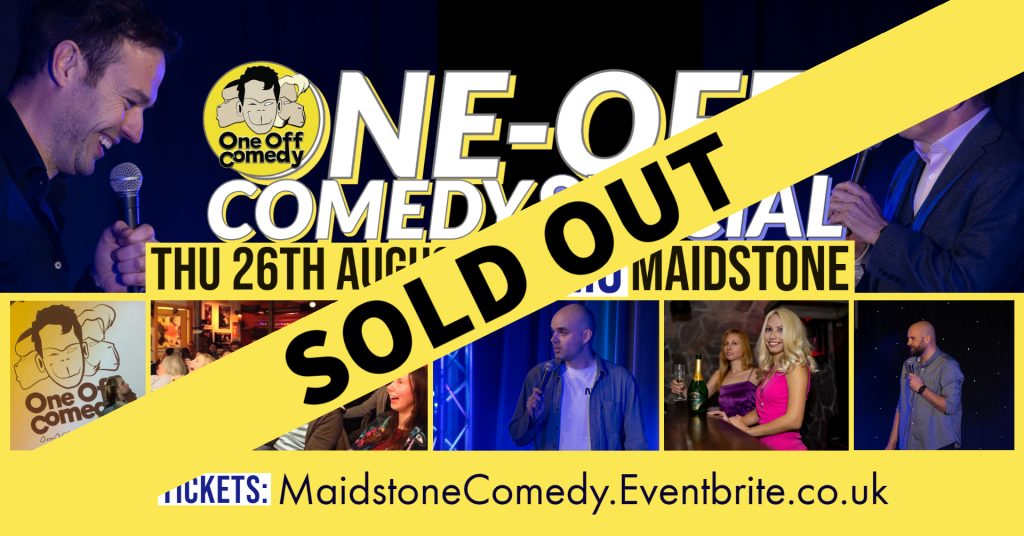 After the last triple sell-out, One Off Comedy is bringing you the best stand-up experience ever this summer, Maidstone! You deserve it!

Maidstone, we love you!!! You know that our award winning comics love nothing more than to have you in stitches 😀

Add amazing cocktails and other tasty beverages by Mu Mu and that’s a hilarious, wild night of fun you can’t get enough of. Come and join us if you’re ready for more fun!

What people are saying