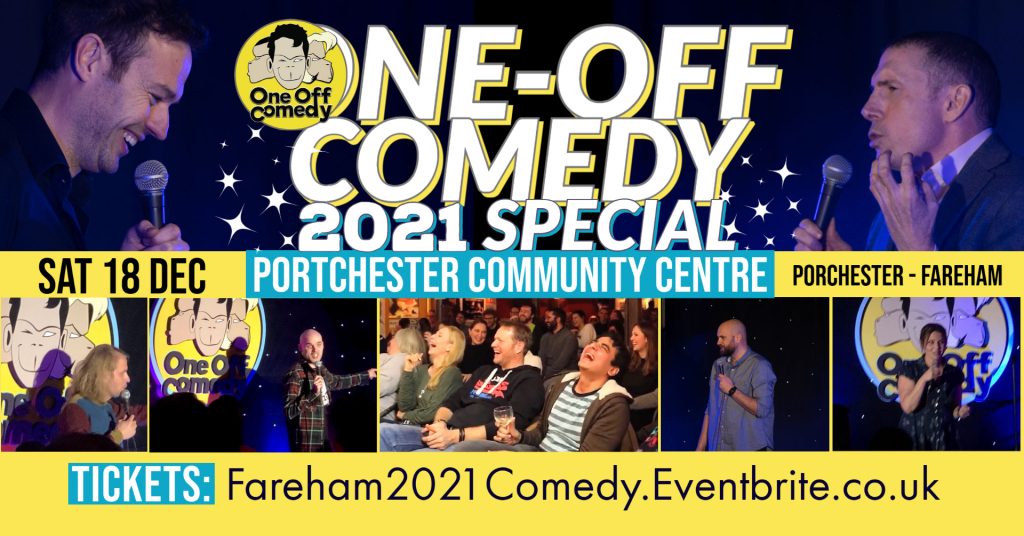 One Off Comedy 2021 Special at Portchester Community Centre!

Our award-winning comics will be hitting Portchester Community Centre for an End of The Year Special to remember!!