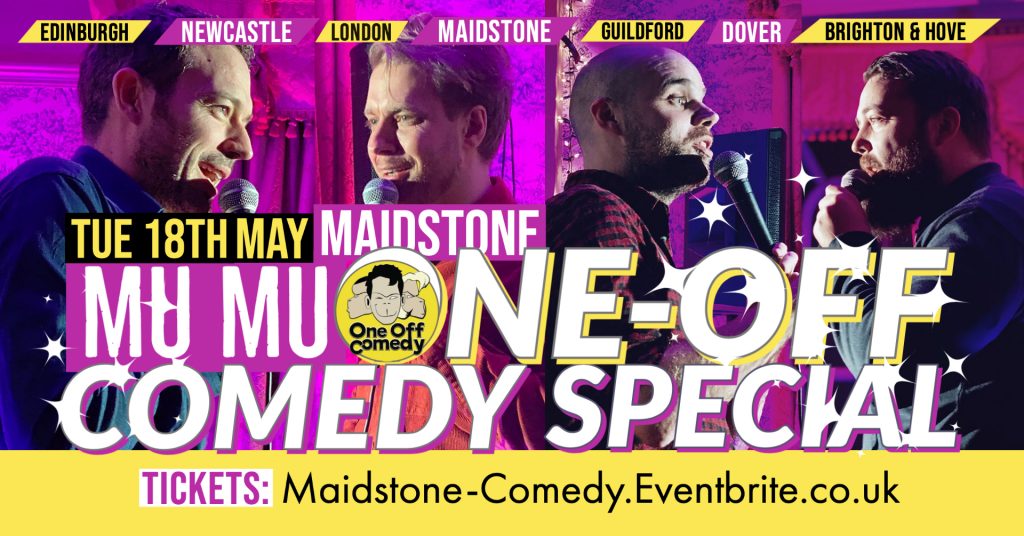 Maidstone, you asked for an extra show and here it is! Grab your tickets fast and get ready for a hilarious & wild night of fun!

On top of world-class comedy, there’ll be ice fresh cocktails, gins & fancy proseccos – perfect for celebrating the return of joy!

What people are saying

To keep everyone safe, numbers for this one-off will be limited. Every show has sold out weeks in advance so get your early to not miss out.