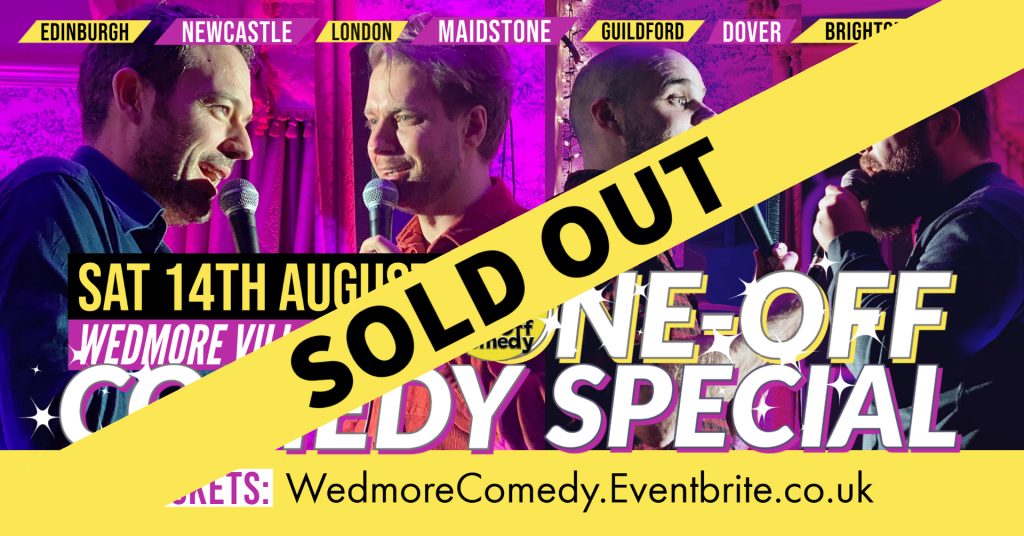 Get ready for a hilarious & wild night of fun at Wedmore Village Hall!!

Pairing up with the fanatics at Brewed Boy (West England’s award winning craft beer makers), there will also be delicious craft beers on tap, top wines and Proseccos!

Don’t worry – we know Boris might lock us all down again so if this happens and the event can’t be rescheduled, we’ll fully refund your ticket. Every show has sold out weeks in advance so get your early to not miss out.