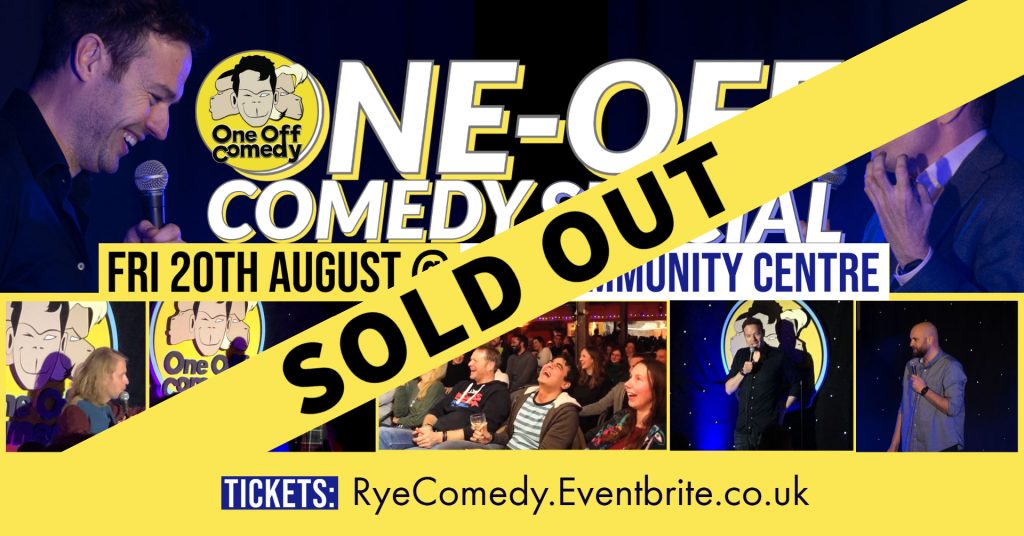 One Off Comedy Special at Rye Community Centre!

Get ready for a hilarious & wild night of fun, Rye!!