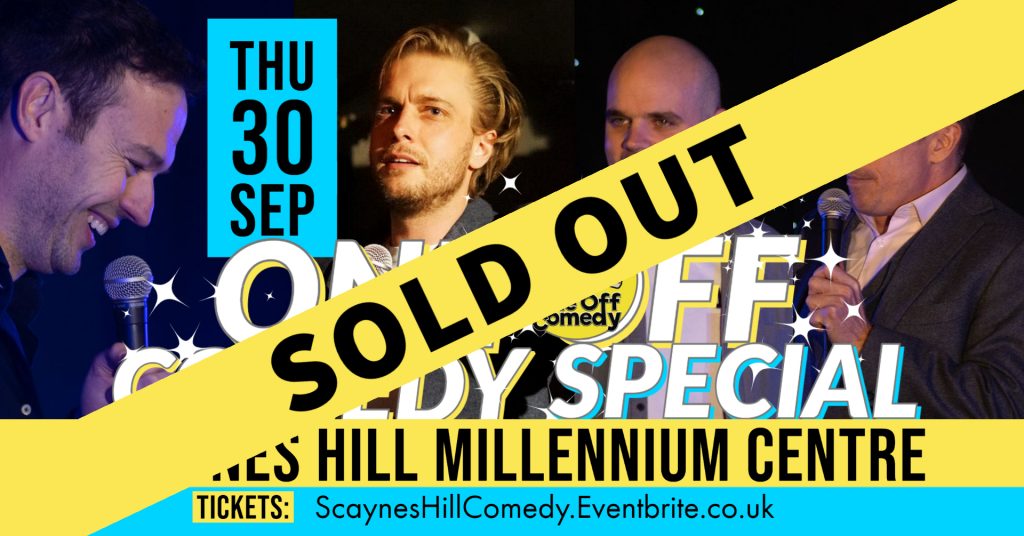 Treat yourself to a world-class stand-up comedy show at your local community hub!

As part of a sell-out UK tour, our comics are hitting Scaynes Hill Millennium Centre and ooooh do they have a show for you!!

Pairing up with the fanatics at Brewed Boy(West England’s award winning craft beer makers), there will also be delicious craft beers on tap, top wines and Proseccos!

Be ready for fun, Scaynes and Haywards Heath, because here it comes!!