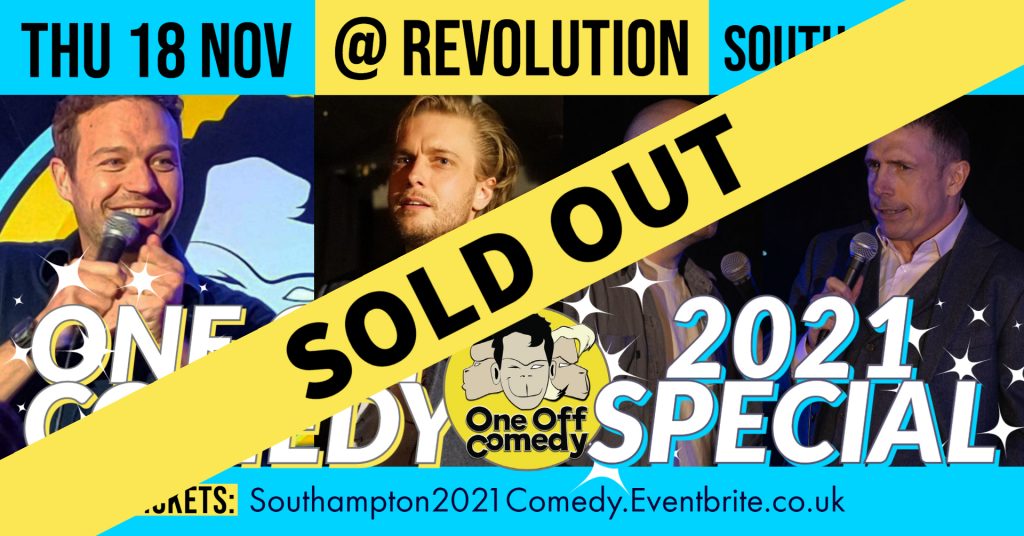 One Off Comedy 2021 Special at Revolution – Southampton!!

As part of a sell-out UK tour, our award-winning comics are hitting Southampton for their end of the year Special and ooooh will this be a show to remember!!

Add to the mix the amazing cocktails by Revolution and that’s a delicious and hilarious night of fun you can’t miss out on!

What people are saying:
“Hilarious….I haven’t laughed that much in ages” (Claire, Cardiff)
“Wow!… way better than TV” (Stuart, Copenhagen)

About our headliner:
Michael Hackett is a Manchester born comedian who performs stand-up around the UK, Europe and Australasia. He’s a regular at the Edinburgh Fringe, hosted Oktoberfest to 2,500 people and released a bestseller book ‘Gobsmacked!’ Previous to this he trained as a dentist, quit French clown school and joined the circus. After a trapeze accident broke his left testicle, however, he finally picked up the mic.

★★★ Gov Safe★★★
Don’t worry – we know Boris might lock us all down again so if this happens and the event can’t be rescheduled, we’ll fully refund your ticket.