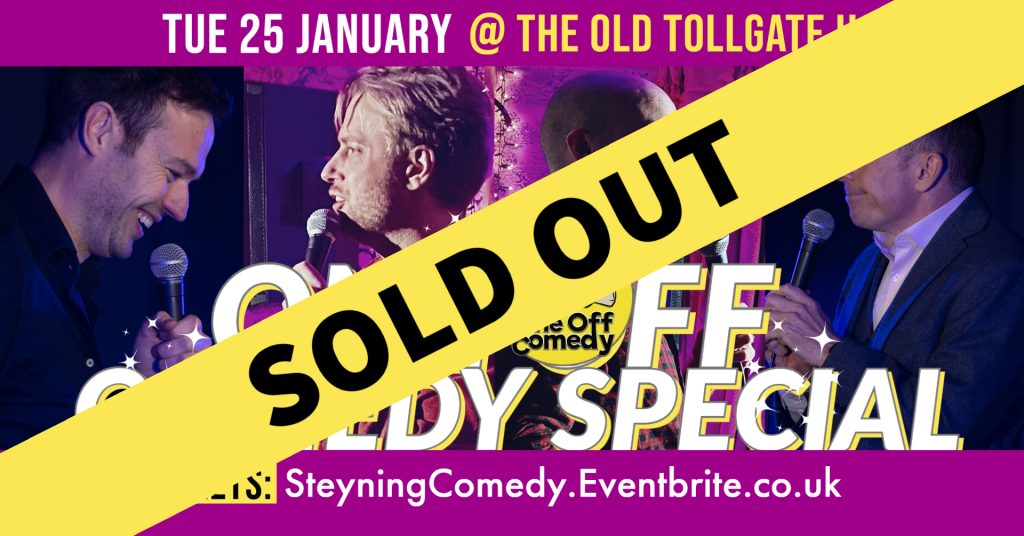 Join our comics to start the new year laughing!

Partnering up once again with The Old Tollgate Hotel & Restaurant, you’ll also get to enjoy delicious drinks!

*Due to renovation works, the kitchen will not be operating; however, they hope to have small bar snacks available. Please call The Old Tollgate Hotel at 01903 879 494 for further information on food and drinks on the night.