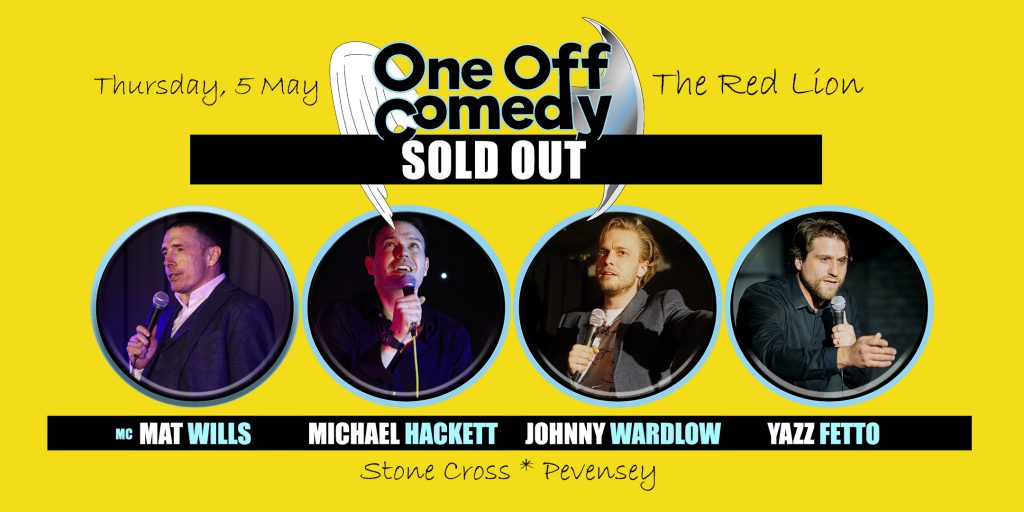 One Off Comedy Special @ The Red Lion, Stone Cross – Pevensey!

Get ready for a hilarious fun night, Stone Cross!

On our mission to bring world-class comedy to audiences everywhere, we’ll be performing at The Red Lion a one-off you can’t miss out on!

The Monk. He’s pretty sure he can lay claim to being the only one man Christian comedy stand up/variety/sketch act in the UK. As such, (pre-2020), he travelled around the country doing ‘miracles’ in clubs, pubs and small sweaty comedy rooms – including The Stand (all three)-, Hot Water Comedy Club, Glee Club (Birmingham) and Backyard Comedy Club. Also chapels, churches and small sweaty vestries. As a comedy writer, he has written for BBC Radio 4s ‘Dead Ringers’ as well as created and developed sitcoms for BBC Radio 4, BBC 1 and BBC 3.

based in Brighton and has performed in comedy clubs throughout the UK as well as at the Comic Strip Live in New York. He’s also performed at the BBC New Comedy Award 2015, 2016 and 2017 and been broadcast on BBC Radio. With a treasure trove of sensational stories to tell and a ridiculous sounding voice to tell them to you with, Johnny will keep you thoroughly entertained.