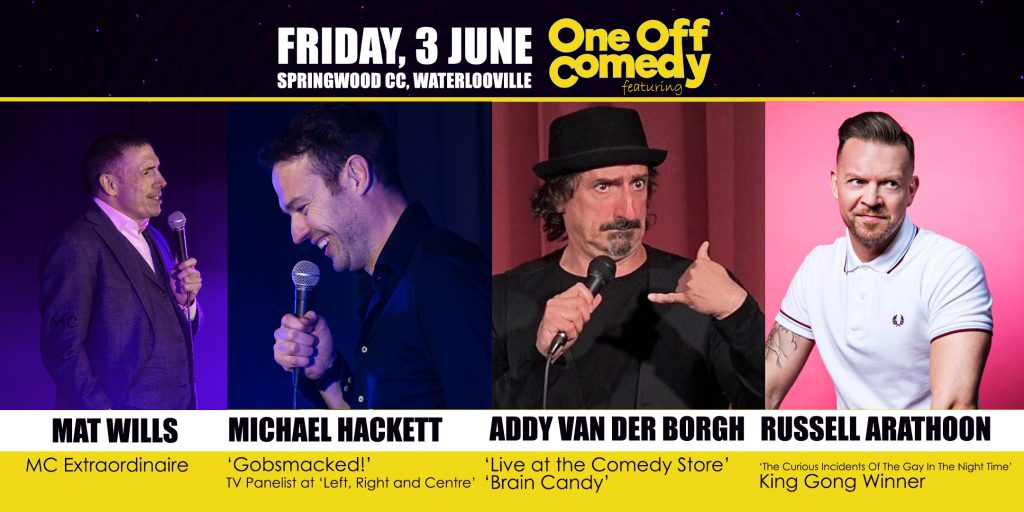 Get ready for a hilarious fun night, Waterlooville!

On our mission to bring world-class comedy to audiences everywhere, we’ll be performing at Springwood Community Centre a one-off you can’t miss out on!

a great performer of highly acclaimed and original material, an ability noticed immediately by the BBC when he appeared on the ‘Stand-up Show’ on BBC1 after only one year as a comedian. He has subsequently appeared on ‘Live at the Comedy Store’ for Comedy Central, ‘Live at Jongleurs’ and ‘The World Stands Up’ for Sky TV and the BBC3 series from Baby Cow Productions, ‘Brain Candy’. He has also written and co-presented twenty episodes of ‘TV Meltdown’ for Sky 1 with Kirsty Gallacher (2004 / 2005), has acted in a number of voiceovers for radio and television and has appeared on many radio shows including the legendary ‘Loose Ends’ on Radio 4.