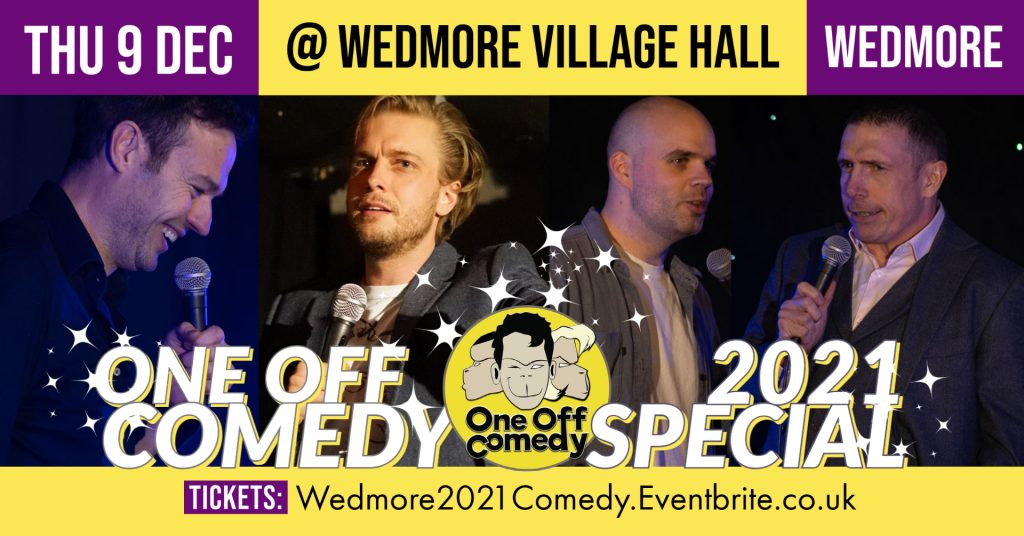 Get ready for a hilarious & wild night, Wedmore!

By popular demand, One Off Comedy will be back at Wedmore Village Hall, this time with a mega epic 2021 comedy special!

Join our comics to wave goodbye to this year with a belly-aching, earth-shattering laugh!