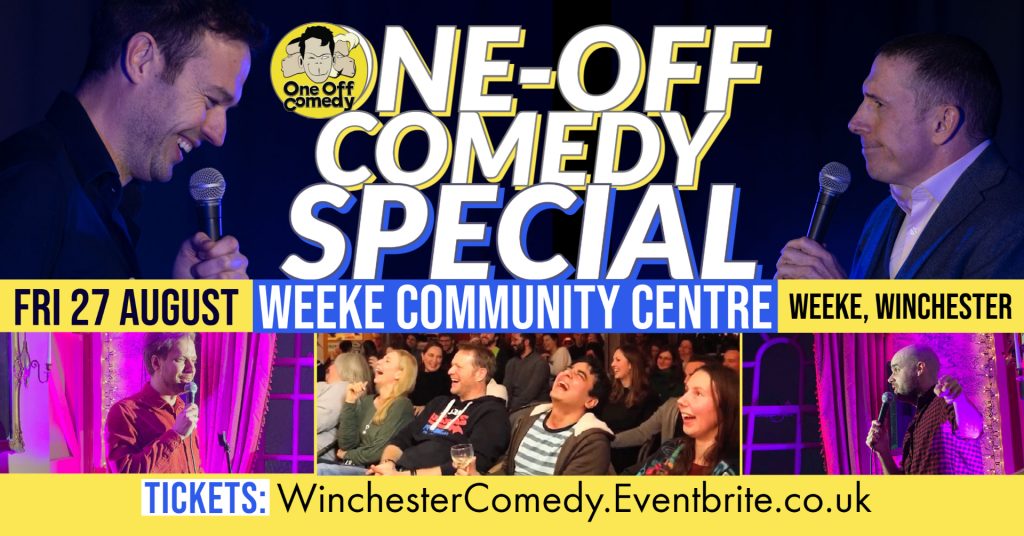 Get ready for a hilarious & wild night at Weeke Community Centre!

As part of our UK sell-out tour, on a mission to take world-class comedy to audiences located where this offer is not as accessible, we’ll be performing at Weeke Community Centre on a one-off you can’t miss out on!

Weeke & Winchester, we’re bringing you the world-class comedy fun you all deserve! A night of top British stand-up to remember!!