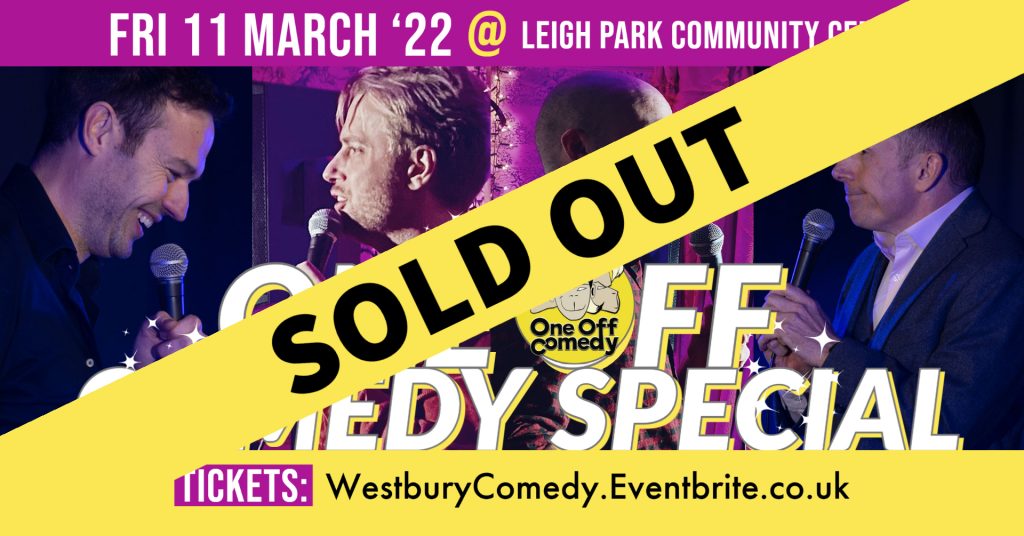 Westbury, by popular demand, our comics are hitting Leigh Park Community Centre once again with a fresh comedy special to remember!!